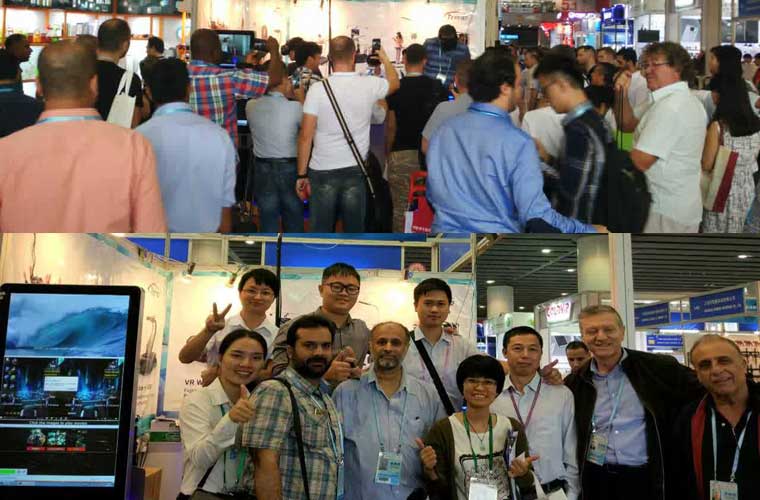 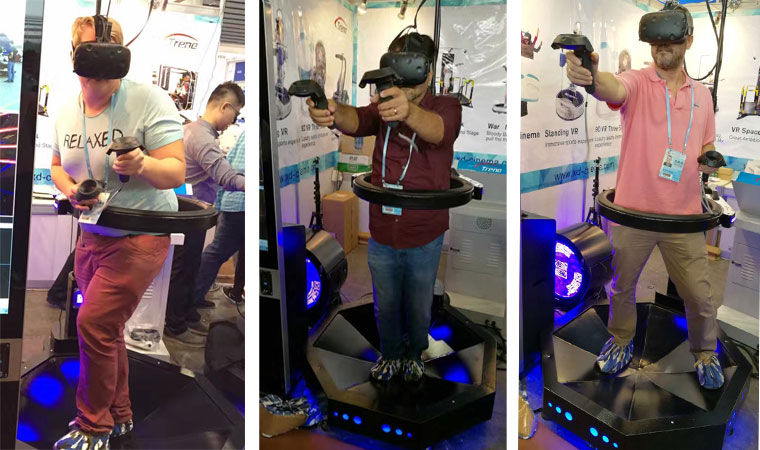 First, let’s come to experience the vr treadmill. Player can easily run into the virtual world to master the game characters by running and walking! Entertainment and fitness at the same time, double benefit! Look, the man was enjoying the game of vr walker. 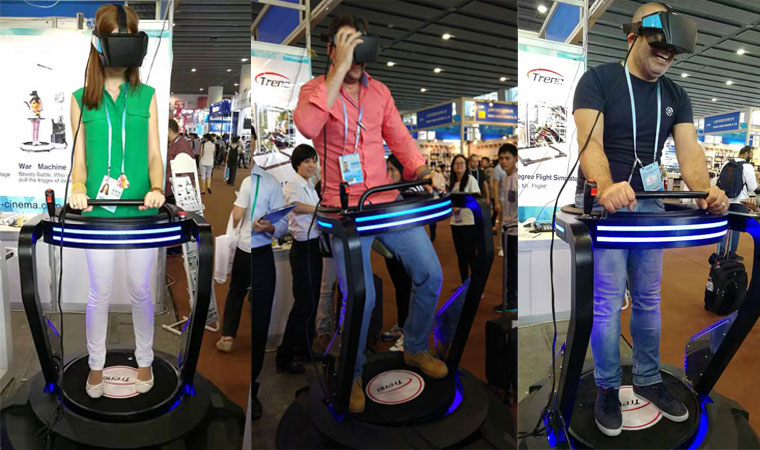 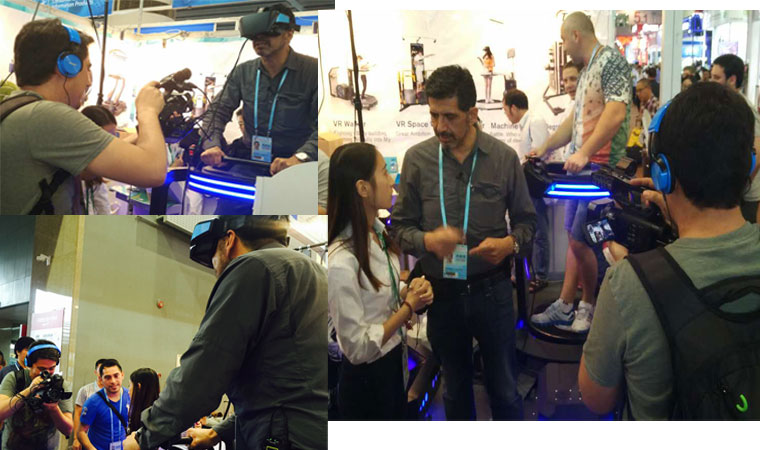 Such an noisy crowd booth did the journalist find it is that they came to experience our vr simulators and interview our sales person. The Chilean journalist spoke highly of our products. He said that the vr simulators were well received by customer’s favorite in Chile and hopes to establish long-term cooperated relationships with our company.
The 120th Canton Fair ended successfully! If you still want to experience our products, please come to our company and factory. We are looking forward to your coming.

Do you want to know more about the vibrating vr simulator and vr treadmill. Please leave your  message, we will contact you as soon as possible!