The so-called multiplayer gaming 7D films, is a film genre, script, scene by director prior concluded that good, but the movie secret lies in its results can be the audience since the resolution of the film, this is a kind of the overthrow of traditional film manufacturing method for. Many people is a door to the film mystery international door to the war gaming 7D film. Once into the international, you are both the viewer, and participants. So, multiplayer game 7D game theater dynamic seat and environmental effects equipment is necessary. Interactive theatre skills system can be said to be a perfect combination of modern high-tech body, is a model of modern integrated technology. Cinema use, automation control technology, simulation skills, electromechanical integration, optical, optoelectronic technology skills, wireless positioning skills, 3D stereoscopic techniques, 3D animation, video broadcast manufacturing skills skills, audio control skills, systems integration skills, computer programming, acoustic control skills.

In this 7D film, every member of the audience is the people in the film, the audience can participate in the meantime, the audience is in the movie in the sense of mission and sense of achievement, and in the audience and film characters interact together, there are game results audience interaction between competition, thus inducing a considerable part of the audience repeat watching the same movie excitement and desire. After the market reaction, together, can also play the traditional 3D, 5D source, the intention to launch will overthrow the traditional 3D, 4D, 5D cinema movie form, it is the same as the giant is set off a wave of investment multiplayer game 7D cinema boom. 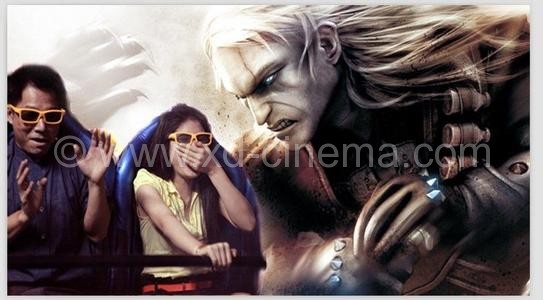