Why 7D Films Are So Short

“7D movie why so short it”, this is a lot of customers in the heard our products introduced will have such a reaction, you really should not take 7D videos and traditional film compared to, 7D film is not to see some “”. In fact, 7D film mainly based on experience, so the role of movies is also somewhat similar to the roller coaster, the air war, haunted house, recreational facilities, focusing on its thrills, people always have a boundless and feeling, this is where the odd shadow illusion 7d film the biggest charm.

Another important reason for 7D film length shorter production cost. Now the domestic 7D film, are borrowed from foreign imports of 3D source, then based on 3D film, action and special effects editing, 3D movie into 7D film. 7D film is basically the first perspective, so as to bring more real, more exciting experience, so the 7D film 3D scenes are specially made, unable to borrow in the market the existing 3D film, which greatly limits the film’s length. In fact, the existing 7D film length is extremely favorable to business. First of all, this “small film” can make the cost recovery fast business, because the viewing time is short, so every movie screenings slue, attendance will rise. This will directly drives the business operating income. Secondly, because the viewing time is short, the majority of the audience will have a good feeling, want to experience again, thus forming consumption again. 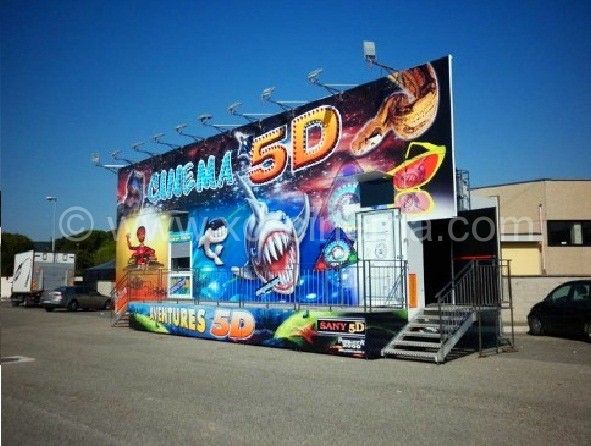