5D cinema, especially in the cinema, the placement of sound is very important, scientific placed able to bring angelic voice in the hearing, placed incorrectly can cause serious ambiguity in the hearing, caused dissatisfaction of the audience.

How to place sound like science that? CTV Li Ying 5D cinema Here to talk about the science of sound placement with you.

1. first we have to LRC; LR visited two sides in the screen, at the top of the screen hanging C with magnetic influence;
2. three-dimensional surround sound on the rear of the audience and so, in the sound playback is able to instantly immersive feeling to the audience;
3. subwoofer placement requires the audience at a distance slightly closer position, so that the music is playing, you can very well be the audience’s emotions into music;
4. audio placement is completed, we still have to do deal with theater environment, the sound quality is not the best way to spread the smooth surface, we need to build the theater in the process, the walls of the theater made ​​of irregular convex shape, laying on the ground absorbing carpet or something, so that when the music player, to make music full spread of different wavelengths, so the ability to shock the audience feel better stereo music.

Theater listening experience brings, not only sound science will be able to fully reflect the furnishings, but also the layout and analysis based on the propagation of sound waves in science to plan the theater, the only way to create the sound of the most shocking 5D theater. 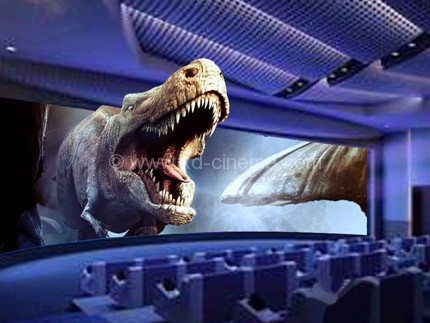