4D Cinema: Design smoke, rain, optoelectronics, bubble, smell, scenery, task performance results. So that people can get when watching movies vision, hearing, touch, smell and other full experience. In addition to the three-dimensional visuals, showing the scene can simulate lightning, smoke, snow, odors and other natural phenomena, the audience’s seats also produce fall, vibration, air spray, spray, leg sweep and other activities. These live special effects and three-dimensional images and the story closely, in the visual and physical experience to the audience to bring new entertainment, like the odd shadow illusion, exciting.

6D Cinema: theater is a total of six video hall, playing six short films, each film special effects will vary according to changes in the Office of the plot of the movie, adjust the environment inside the theater, such as voice, sound, smell, color, completely subvert past viewing experience, just like Disneyland into the same addition to watching movies, you can smell, touch, dynamic and static appreciate become dynamic participation. That is hearing, sight, smell, touch, taste, there is the feeling.

Dynamic shadow dynamic seat hall was built, with a video simulation of submarine into the underwater adventure, when there is water vapor ejected into the water, hit the giant squid attacks, the chair would simulate the impact, or even produce odor, the entire process so that the audience into one experience, it is difficult to differentiate the real and simulated scenarios. 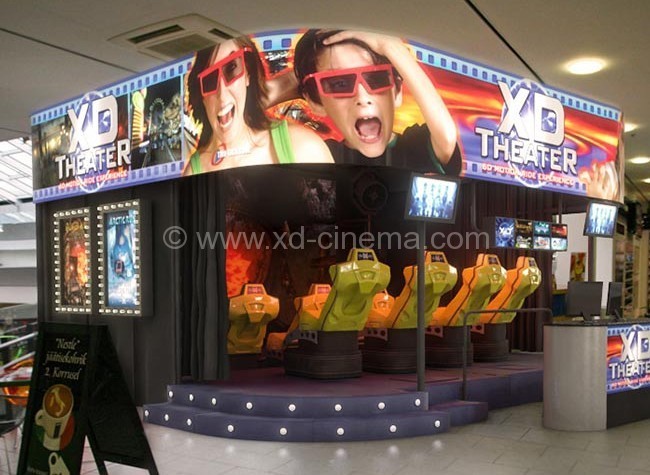