Settings and playback video content at different times:
Traditional video playback time is generally about 90 to 120min, long time; enjoy to play on the basis of content production can be topics, as long as the mind can move the audience, application techniques and how to play too much.
Effects of video playback time is generally limited to 5-40 minutes or so, along with topics on content production and special effects capabilities to be considered, but also the key consideration with the problem of the film’s special effects and content.
Configure the equipment and facilities are different:
Focusing only compare effects within the traditional theater and cinema, conventional equipment, facilities, due to differences in the effects of the same attributes and functions of the different requirements for configuration:
Traditional theater equipment and facilities:
Projection system equipment – conventional or universal film projection system, influence and control systems;
Screen system facilities – a relatively uniform style fixed, mostly rectangular dozens of square meters (width, height ratio due to the specific requirements) ordinary screen;
Seating systems facility – fixed on the ground, while watching the emphasis is quiet and stable.
Special effects theater equipment and facilities
Projection system equipment – dedicated power projection system, sound system and special effects control systems;
Screen system facilities – because theater varies with different names, screen size from tens of meters to generally ranging from one hundred square meters, some even up to thousands of square meters, of course, is sometimes tailored, the first of a number of mini-5d/7d cinema, the screen will not be more than ten square meters.
Seating systems facility – due to different names and different theater seat is relatively fixed in the ground. But during the show, due to different names and different types of effects seat began to move, the emphasis is on a stochastic (video content) moving dynamic feel. 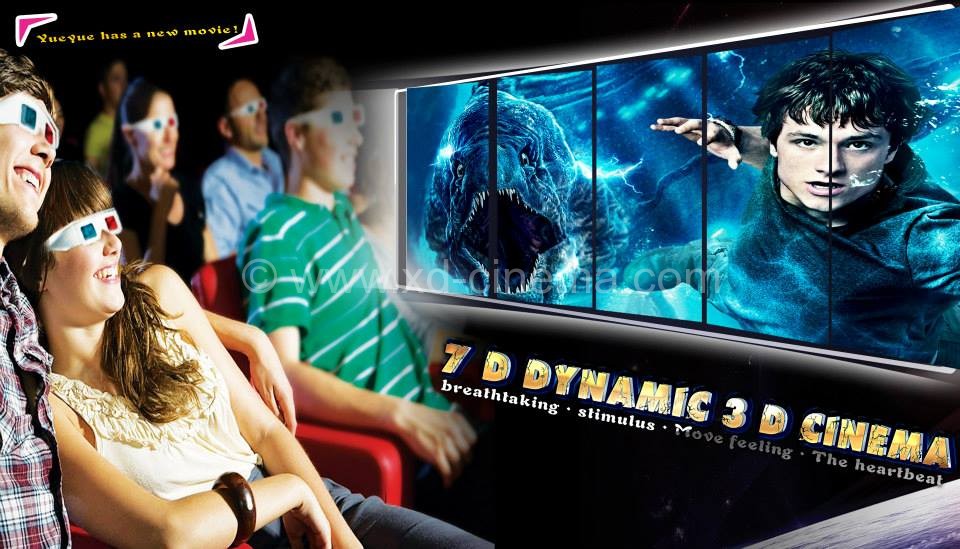