What’s The Different Of 5D Movies and 4D/3D Movies

The first is to rely on the establishment of a computer modeling of digital 3D scene, and then use the visual effects rendering technology, a 3D scene into a left-eye picture and the right-eye picture, and then projected onto the two pictures on the screen by the projector, in front of the projector polarizing plates disposed on the light emitted from the projector optical processing, and then by means of a special polarized glasses, the optical projector will be isolated, so that the user’s left eye to see the left-eye picture preset, the preset right eye right eye screen, thus rendering lifelike optical image.

While the movie plays, the use of sensor technology, through a special mechanical design of hydraulic or pneumatic pedestal base, simulated 3D perspective transformation scene, bumpy feeling of the vehicle, and even action figures, thereby forming a fourth dimension.

While the character movement, effects synchronization software preset scene information extracted in the film, through integrated circuit boards, digital information into electrical signals, which control the various environmental effects equipment, in order to achieve the environmental effects of the film (such as wind, rain, snow, simulated lightning, smoke, smell, sense of friction, etc.), and thus the formation of the fifth dimension.

3D technology is the visual gap by the human eye, so that the screen appear three-dimensional feel. Compared with 3D technology, 4D is the human touch is also added to the film in the past. Including shock, falls, hair, water, scratching and other tactile introduction of 3D cinema, the audience watching the movie screen, listen to the voice of the movie at the same time, you can also feel more content, in order to better integrate them into the film’s plot .

5D cinema is dynamic effect on the background and 4D dynamic film, the audience from hearing, sight, smell, touch and movement to achieve five immersive effect. And three-dimensional image corresponding to the event, will also shake swing seats such as when the audience watching stereoscopic movies, along video content changes in real-time to feel the storm, lightning, rain, shock, spray mist, etc. occurring around .

Generally, 5D plus a special effects movie is 3D movie, so, in general dynamic 3D movie 5D cinema is specially processed, less likely to make a movie from 4D 5D. 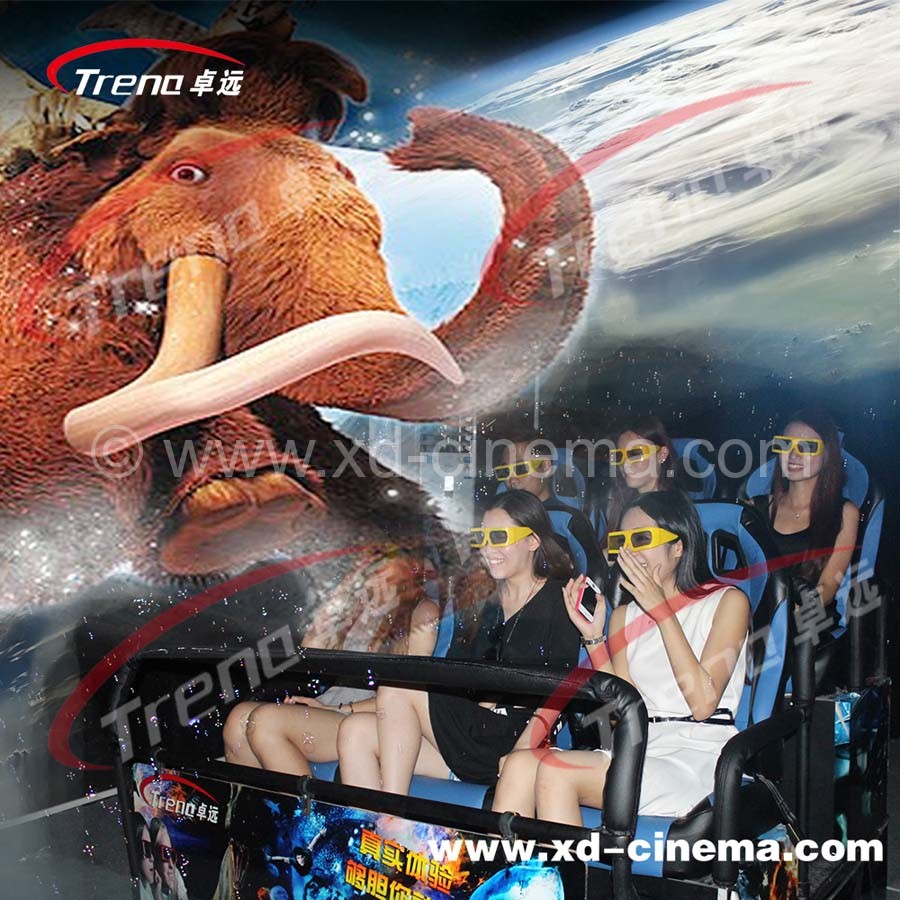