In the GTCFF exhibition at May 9th to 11th,2015，the 7D cinema equipment ,F1 racing simulator car. 360°car simulator，720°flight simulator，which produce by Guangzhou Zhuoyuan, succeeded in getting them into the crowd surrounded by numerous. Fresh, exciting, fun, virtual reality simulation, and both attract viewers stop.

Regardless of the 7D game interactive cinema which lead the new trend of the virtual reality experience, or the F1 racing simulator car and 360°car simulator can let you become a racing driver although you are not on the field , or the 720°flight simulator which can let you do various of thrilling flight game, all of them attracted  a long line of people. Numerous experience person  expressed great recognition and praise of Guangzhou Zhuoyuan, so during the fair, the trading volume is also rising. 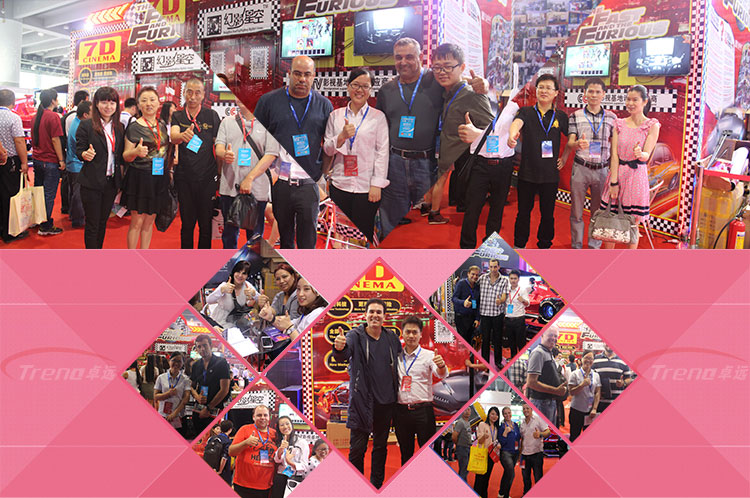