The invention of 7d cinema theater theater allowed us to plunge in the world of virtual reality, this technology is a perfect combination of 3D images and effects produced by the special equipements upon the human perceptive organs.You become totally involved in what is happening on the screen, and feel movements, rays of sun,wind blowing and humid air of ocean breeze etc. 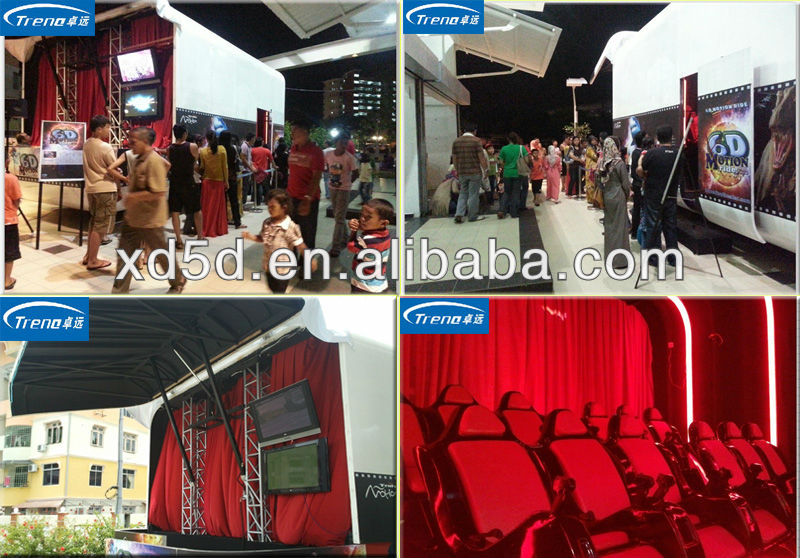 It is assembled with 6 hydraulic cylinders, 2 iron platforms, engine, control unit and air cooler. Along with the different combinations of 6 cylinders’ up-and-down movement, the upper platform moves toward 6 dofs, X,Y,Z,  α, β, γ, to simulate the real world. Actually, besides 6 dofs, the platform is improved by adding 8 more movement directions including left-front, left-back, right-front etc. 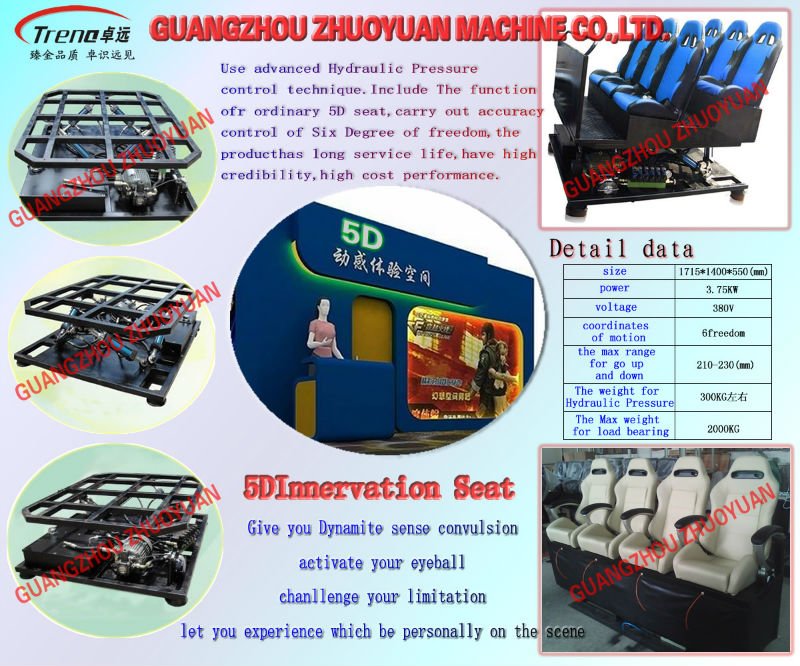 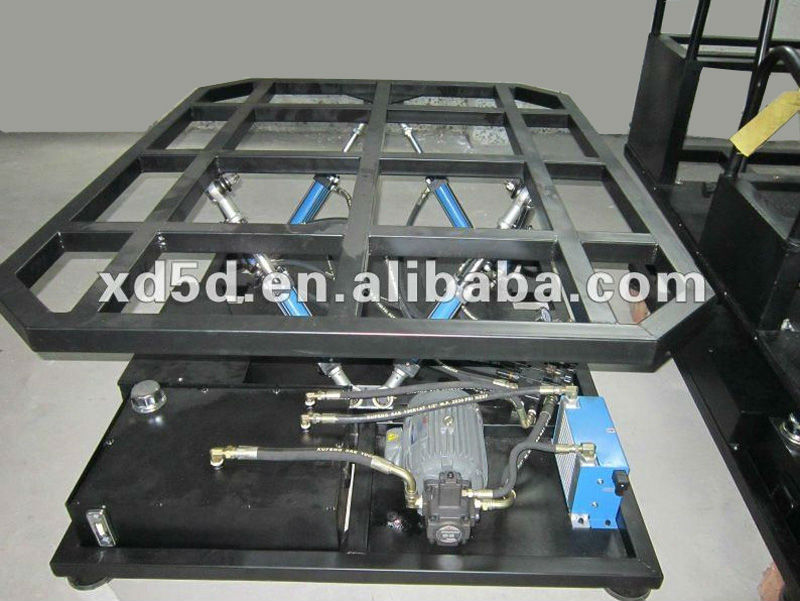 The seats usually moves according to the film story,the seats contains five special effects which are controlled by the computer: falling,vibration,windy,rainfall,pat legs and there are also other special effects integrated to the 3D movies such as; smoke,rain,lightening,bubble,smell, scenery and figures show.Thus,it can mobilize all the perceptual system of viewers and make you really come into the plot.The combination of the movie plot and special effects above in the 4D movies,makes the viewer feel the scene very close and gain all-around experience from your vision, hearing, touching, smelling and take you into the movie environment which can be felt as a real world,so this is the 4D film which formed a unique performing style that is now very popular around the world.

The special effects in the seats comprise 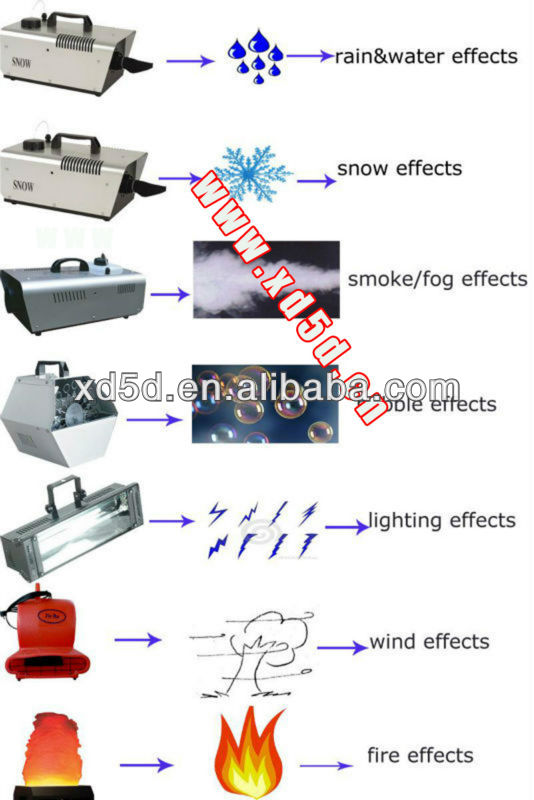 From the visual sense the screen structure of 7d cinema theater is a cylinder circular-screen stereoscopic image. The screen is an arc form semi-center of a circle,not a plane (flat screen).the aspect ratio of the screen is 16:9,and it can widely expand the scope of movement for 3D objects and horizon,get rid of the constraint of plane sight and make the movie space resemble as the real space.it can generate many mode of motion such as crossing and surrounding,that’s how it makes the feeling of space-time’s changing.(it’s different from the “flat four-dimensional video” – which limits not only the audience’s visual angle, but also the movement direction of the objects.) 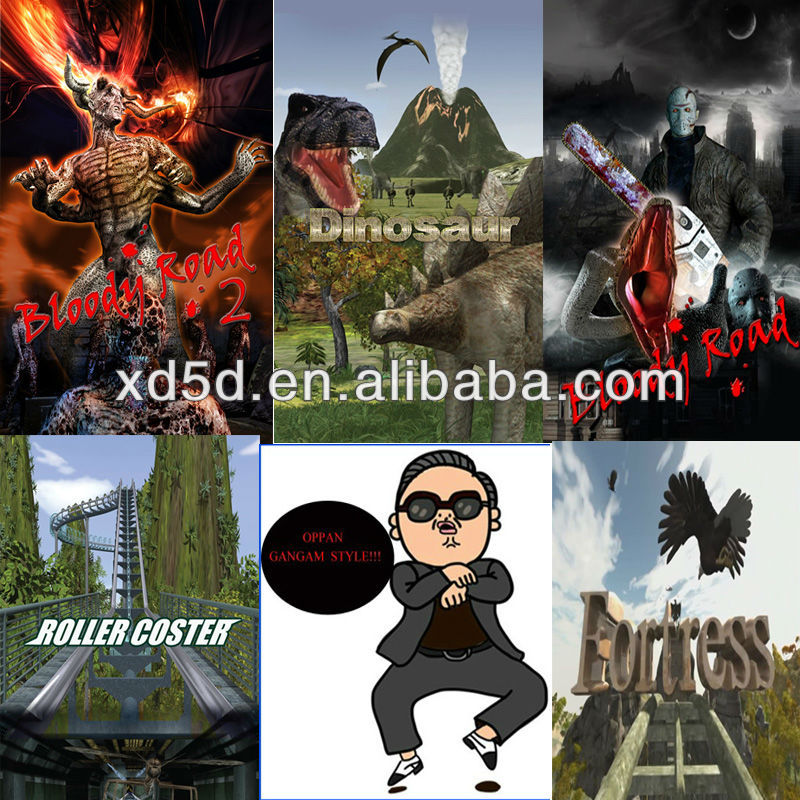 2.   During the period of gurantee we will supply you for free the damaged key parts including motor, monitor etc. induced by non-human factors.

3.  We offer you the professional 7d cinema theater movies which do it by us for free, because we have

our own technician to update the 3D movies / films.

2.   feedback the marketing information to the customers

4.   Provide all sorts of consultation. Based on rich experiences and strategic relations with customers 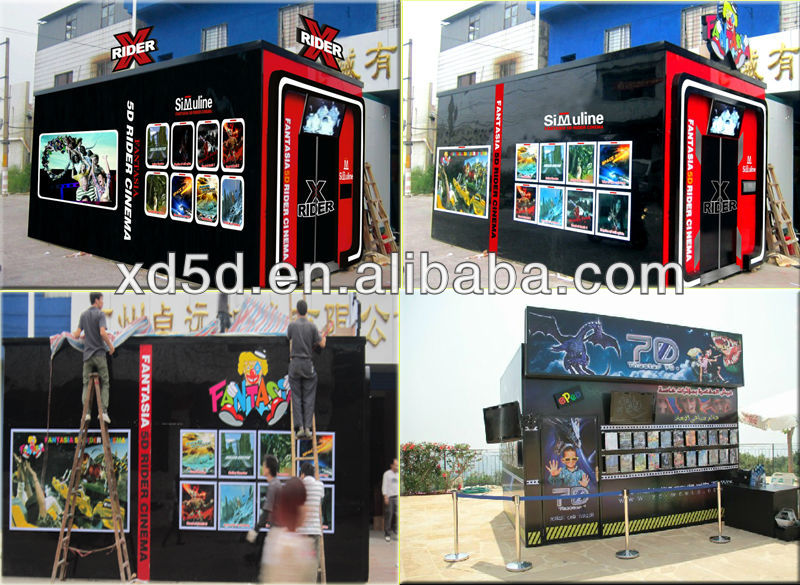 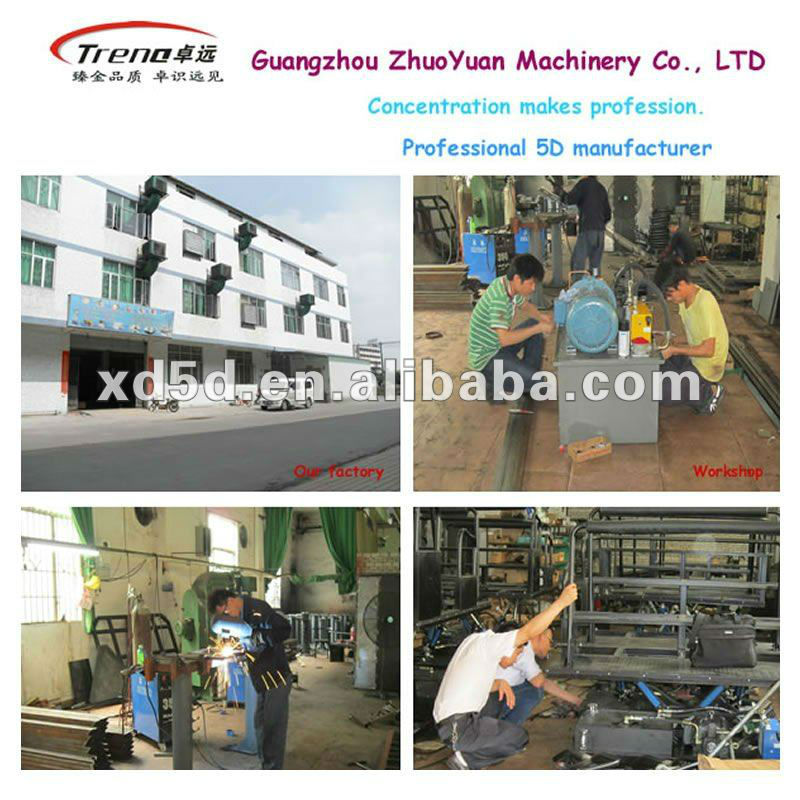 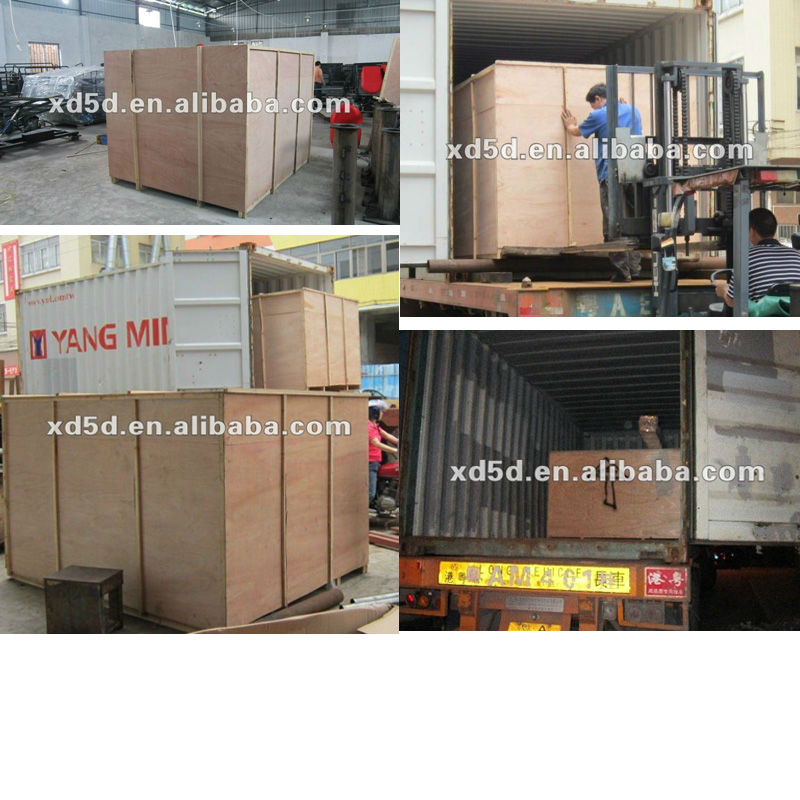